The new online publication Daily Brink has posted an article and photos of me.  They also do an amazing job of plugging Grease 3: Threase.  The only thing they left out was how much of a collaboration G3 is with my BFF and partner in all things comedy Katherine Bryant Flaherty.  She co-wrote and co-produces G3 with me and I would be remiss to not give her the appropriate credit.  Even though I’m funnier, smarter and prettier.

Note the baby bump in the homepage photo…  That’s my kid! 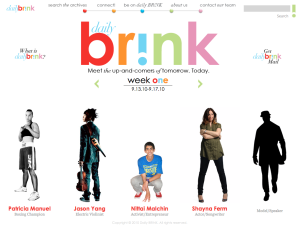 So we will be running our production of Grease 3: Threase September 30 – October 28th, Thursday nights at 8pm at the PIT (People’s Improv Theatre).  Tickets are on sale now through the PIT’s website.

“Grease 3: Threase” is a modern day tribute to the worlds of Grease 1 and 2, where rambunctious, musical teens help assimilate the new foreign exchange student, all while preparing for this year’s talent show. Will she ever be cool enough to be a Pink Labia? Will the T-Boners ever stop being so cool? Back from summer break at Schmydell High, the T-Boners and the Pink Labias sing and dance their way through “senior year” while learning important lessons about friendship, pregnancy, laser tag and racial profiling. 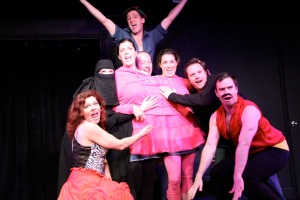 Hooray for the Gays!

You read right, I am producing, performing and have written (with the amazing Katherine Bryant-Flaherty) a 3rd installment of Grease called Grease 3: Threase which we are premiering at Sketchfest NYC 2010. 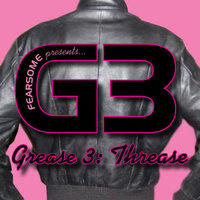 Just when you thought things couldn’t get greasier, sketch comedy group FEARSOME (with an array of very special guests) take you into the world of Grease 3: Threase – a story for the next generation of Grease fans.

Set in modern day at Shmydell High, the Pink Labias and T-Boners prepare for the high school talent show while learning lessons of love, laser tag and racial profiling. And yes – there will be singing.

Tickets are on sale now at http://sketchfestnyc.com/tickets

April 3rd – The Band Plays On

Shayna Ferm and the Upper Deckers is performing this Saturday night, April 3rd at Ace of Clubs for our friend Nate Kushner’s record release party.

Wanna vote for me for an ECNY award? 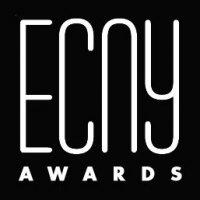 I’ve been nominated for an ECNY award, celebrating the comedic arts in New York City, for Best Musical Comedy Act.  You can see all the other nominees and vote here:

I am honored to be in such rad company – Adira Amram, Mindy Raf, Snakes, and Stuckey & Murray.

And make sure to check your junk mail for the confirmation email.  You have to confirm in order for your vote to count.

Check out my new pro-gay marriage song recorded at Moonwork in NYC.

And here’s the Baby Song sans the band from the same show.  Shhhh, it’s a lullaby.